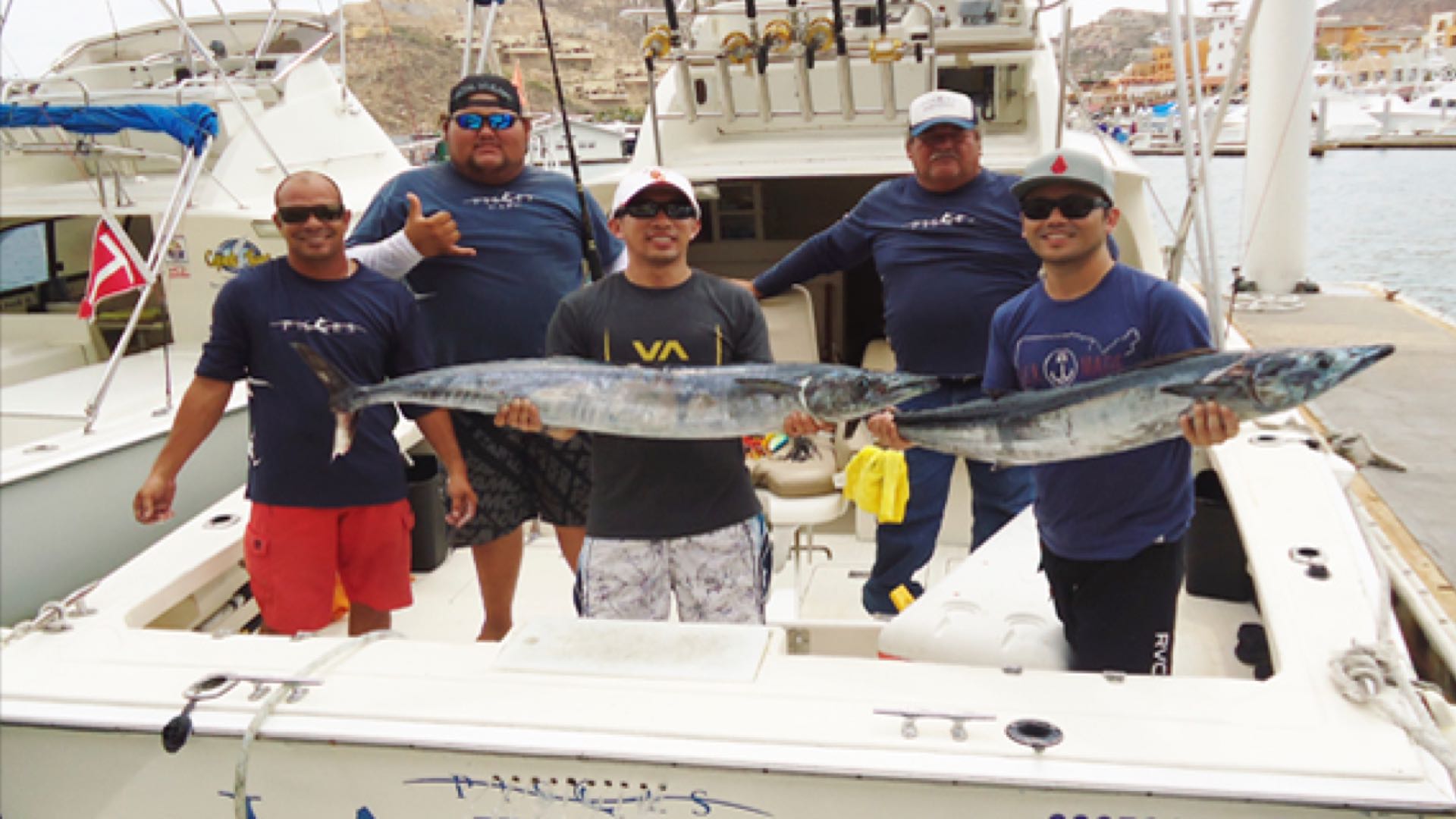 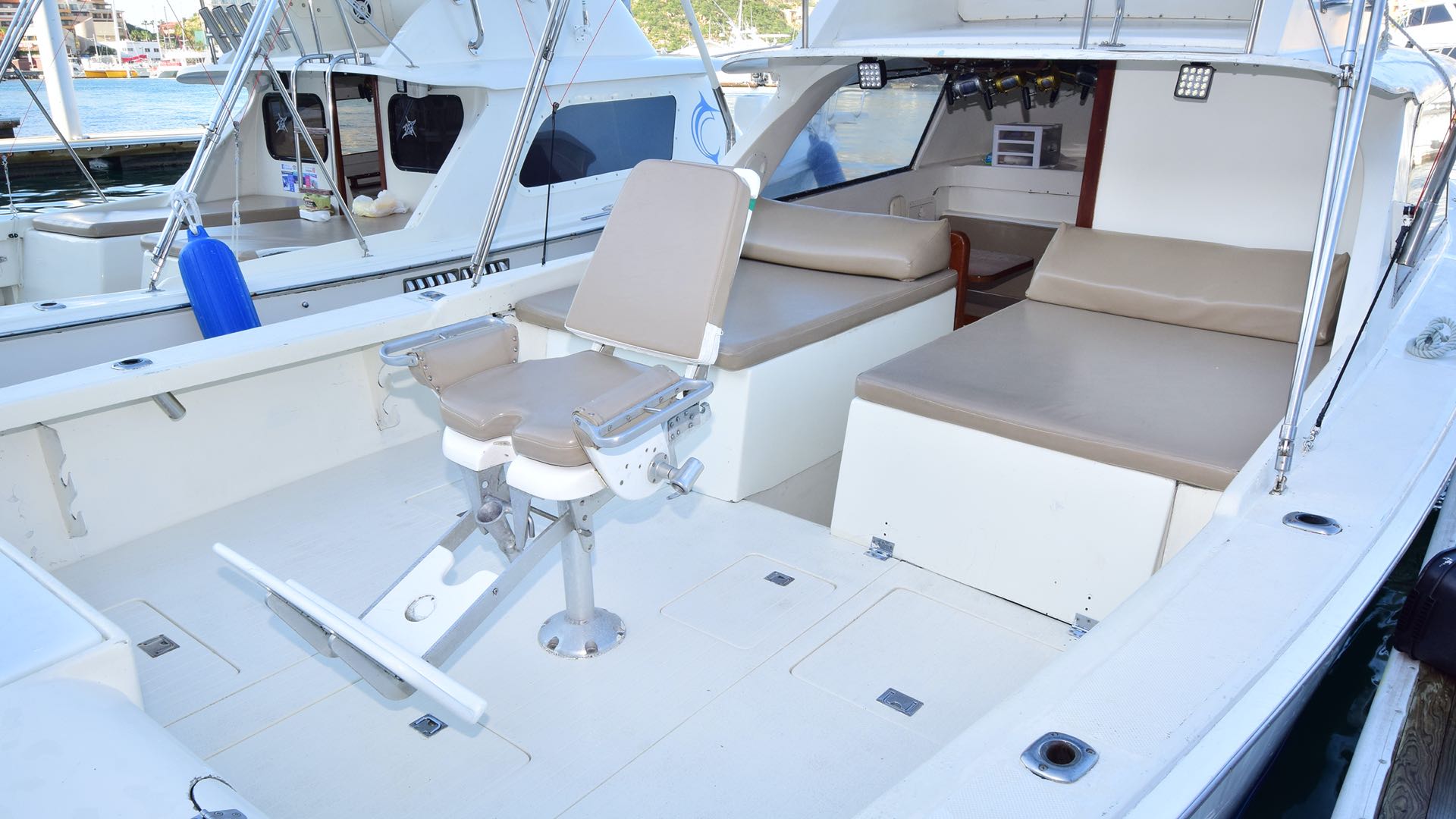 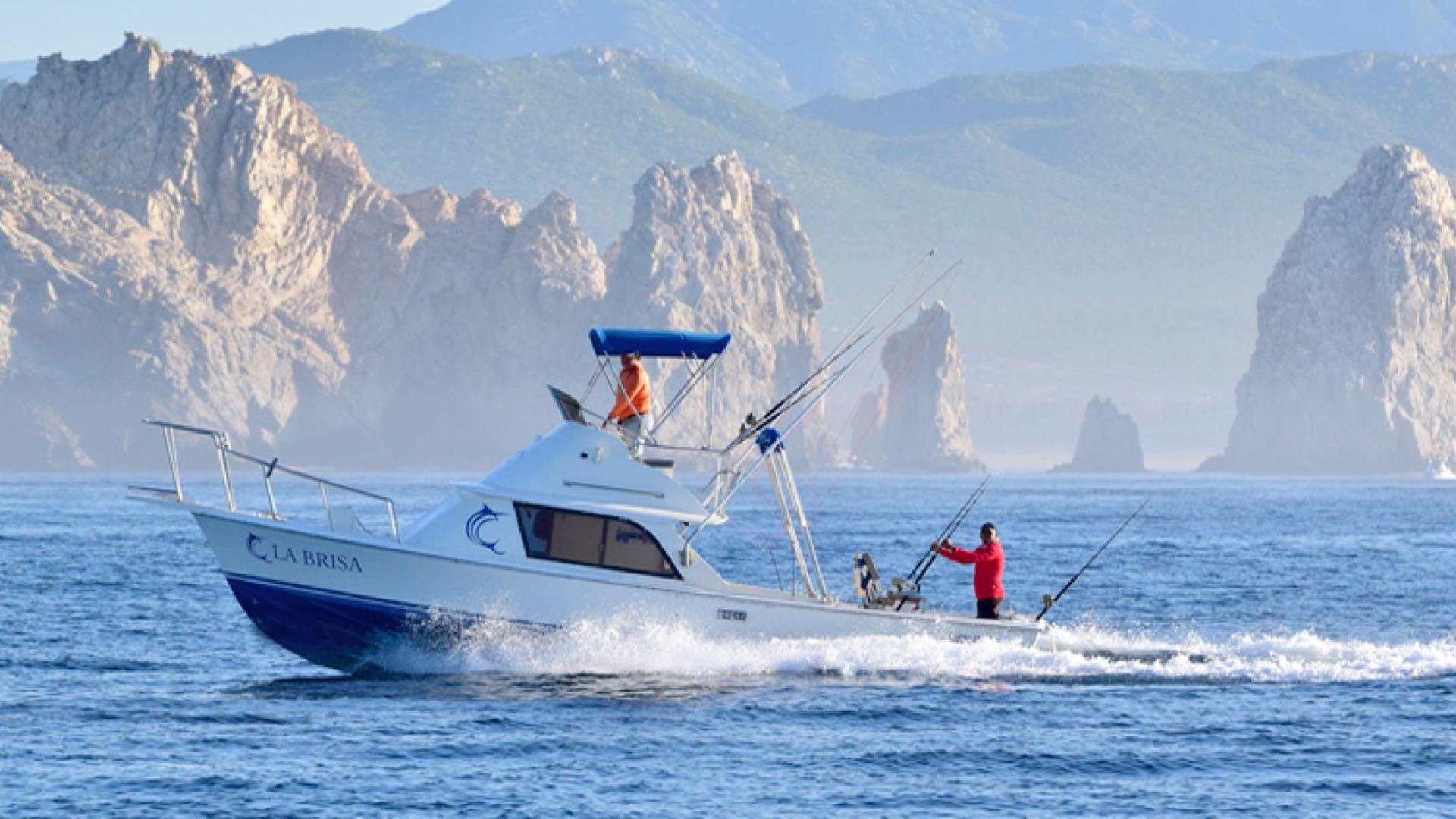 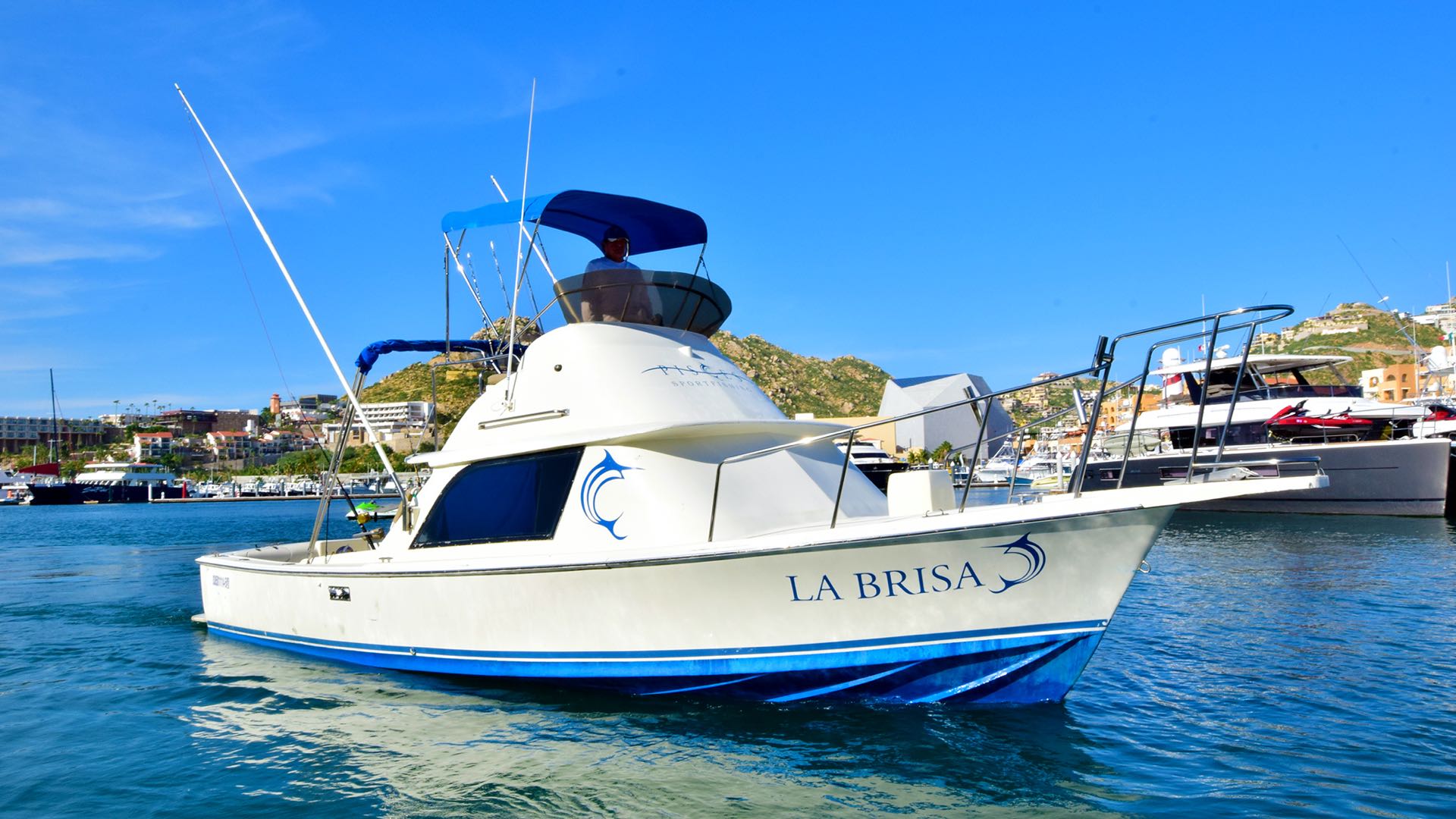 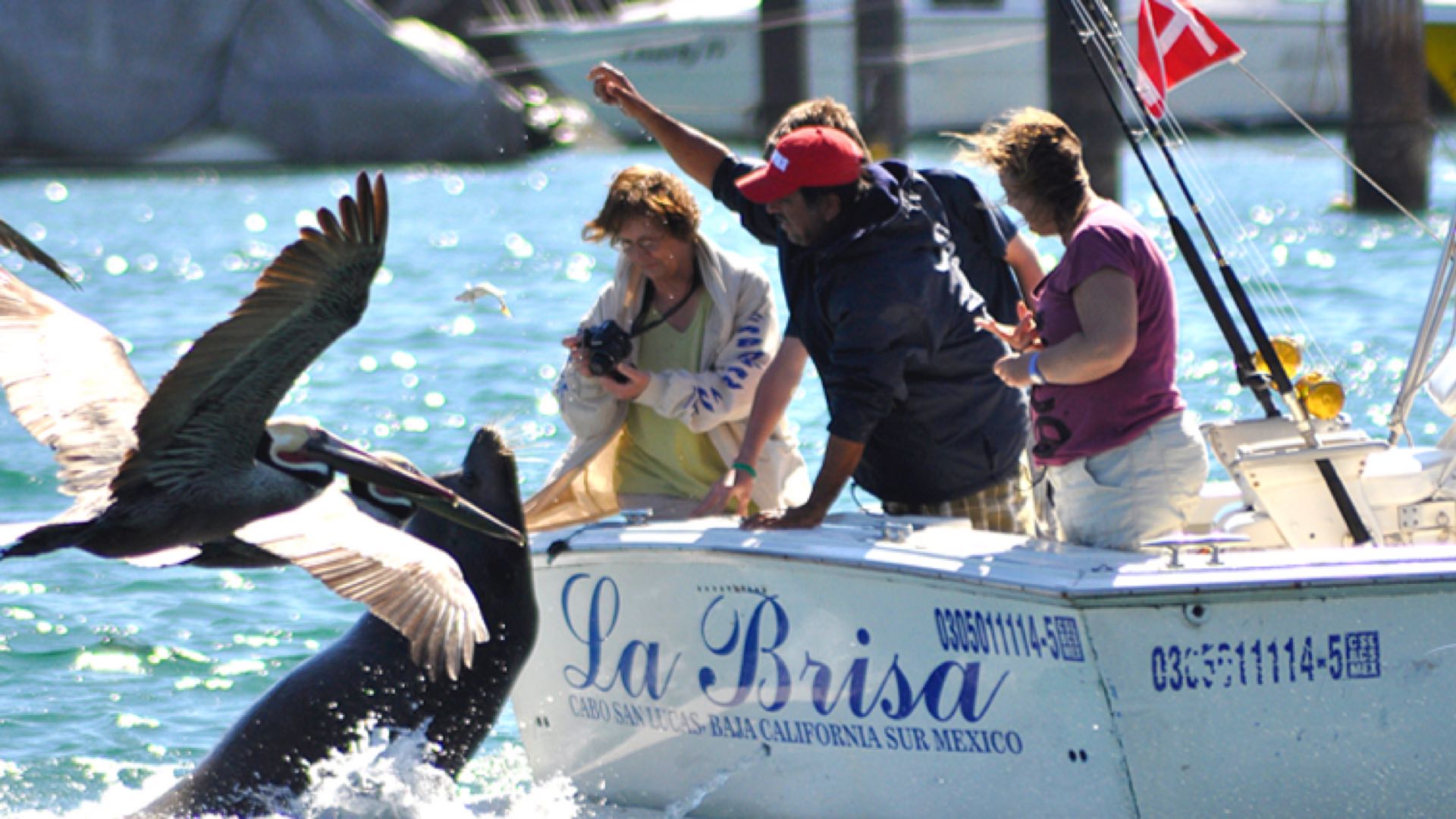 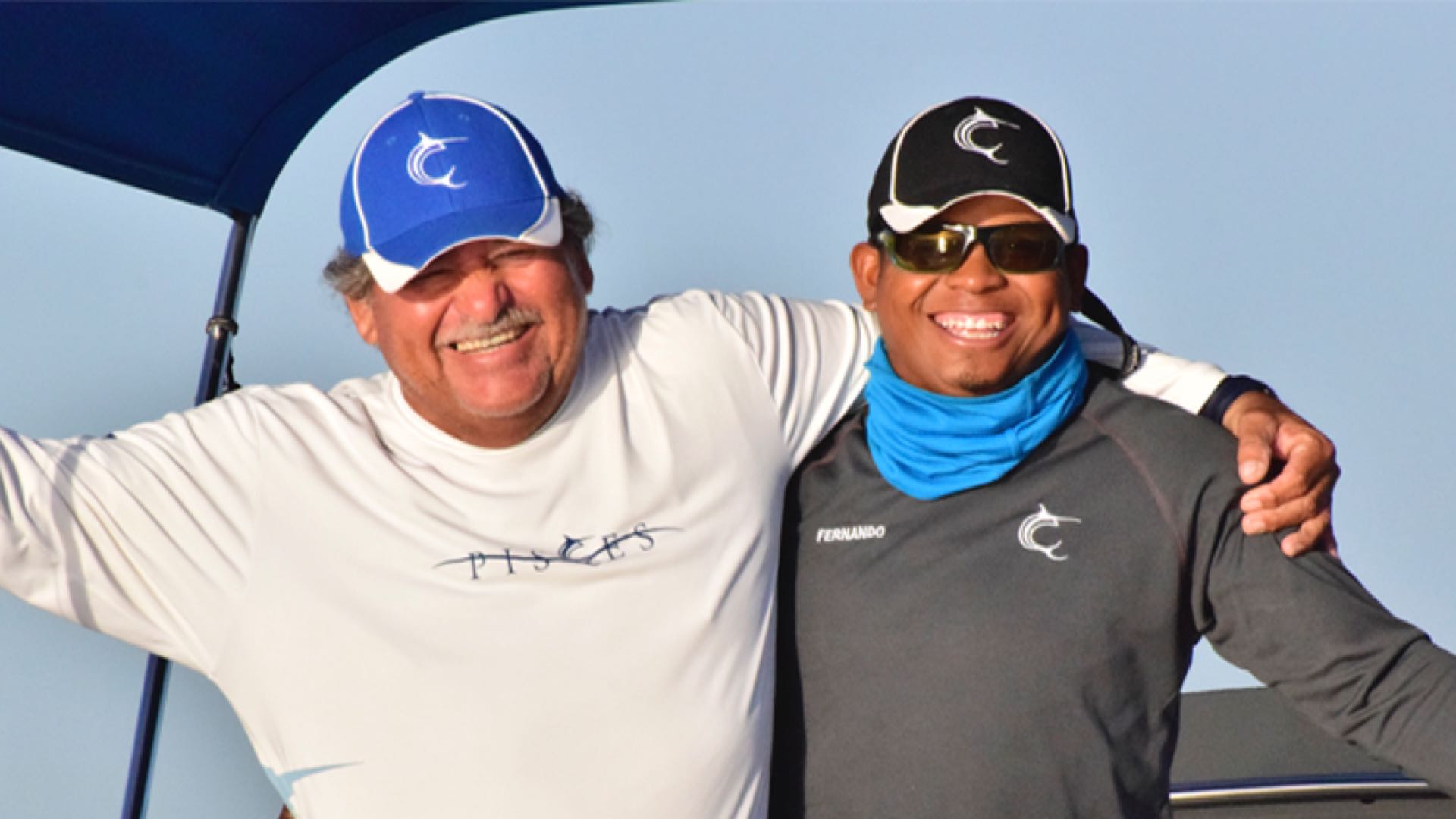 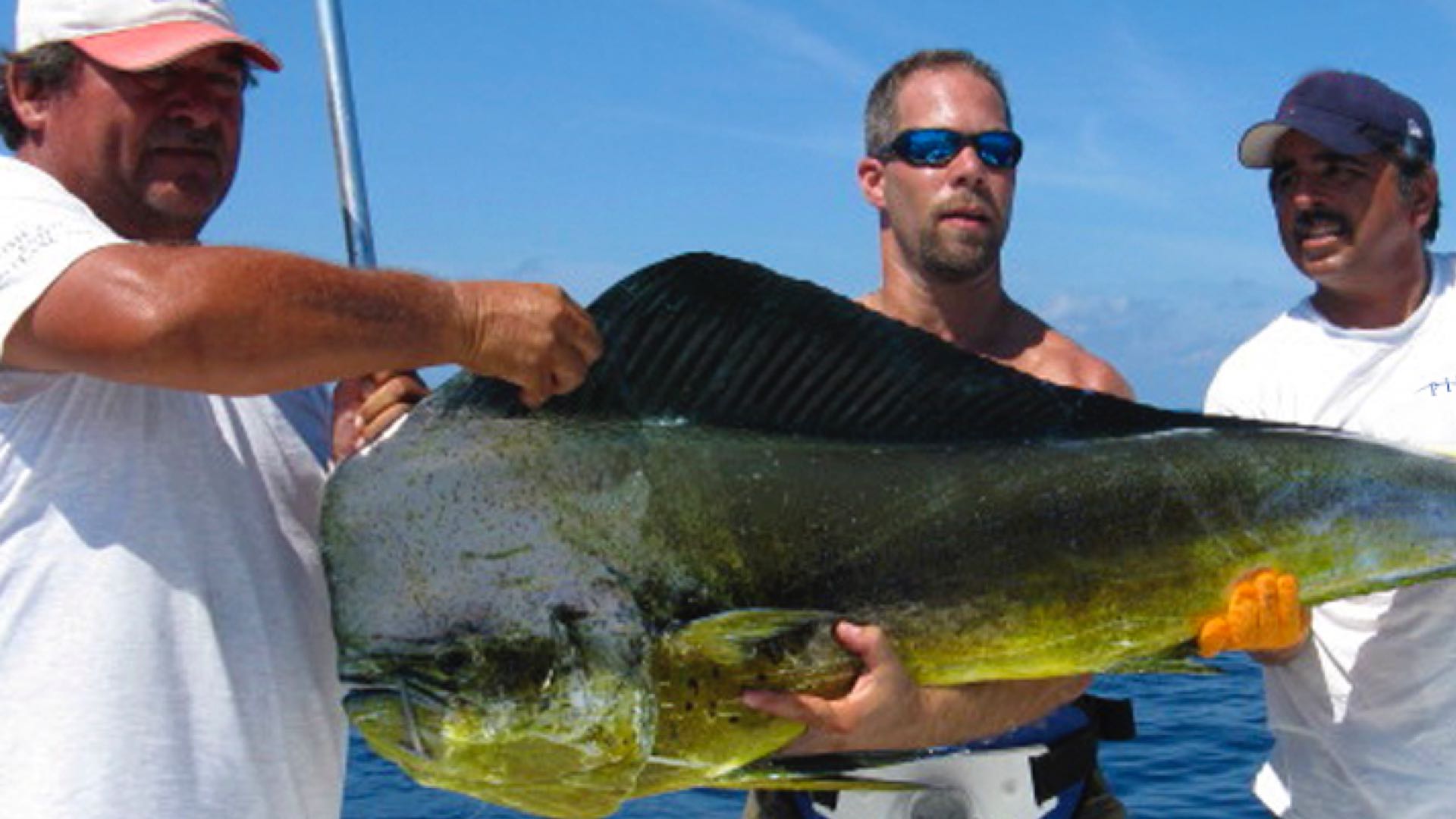 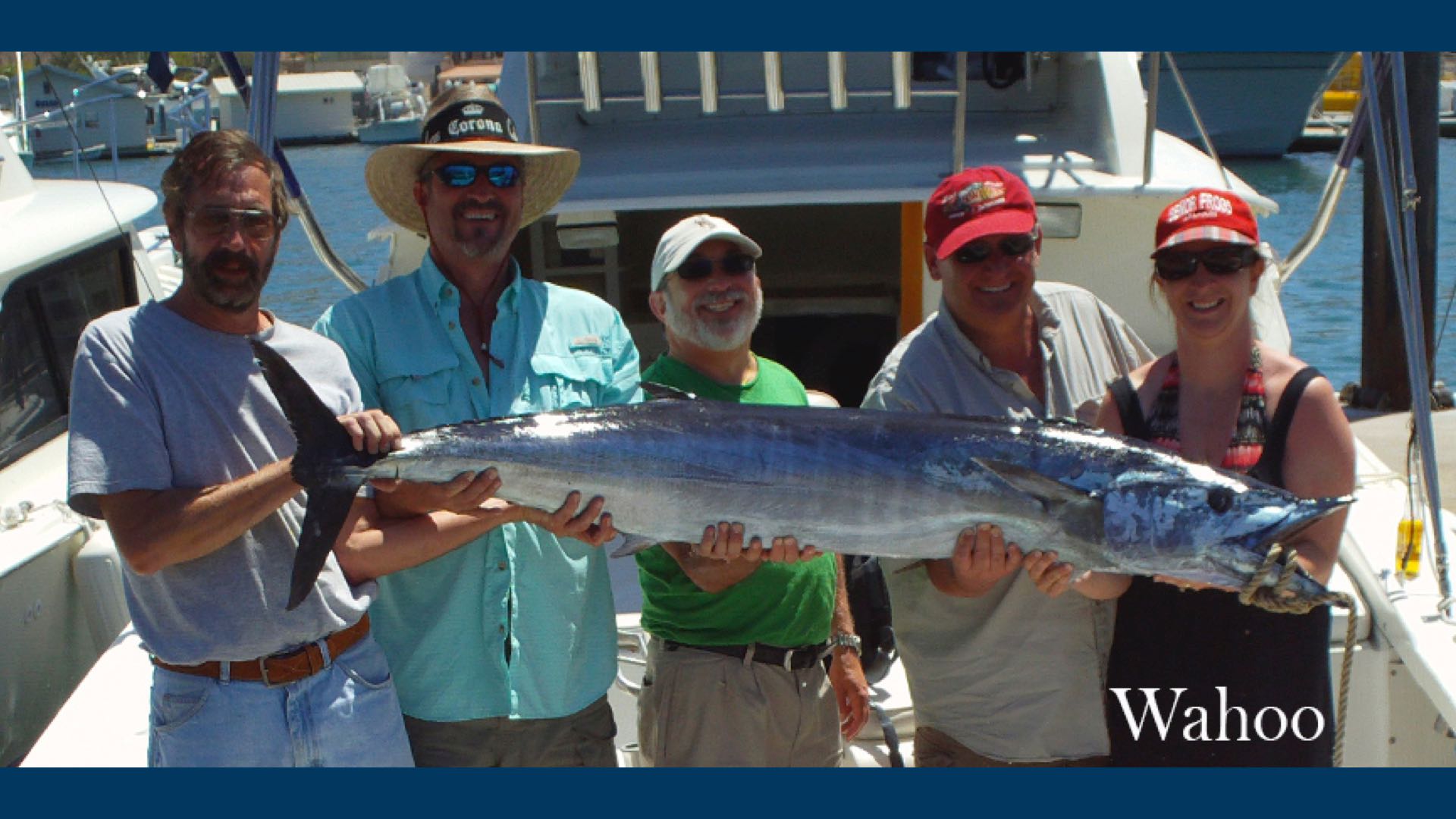 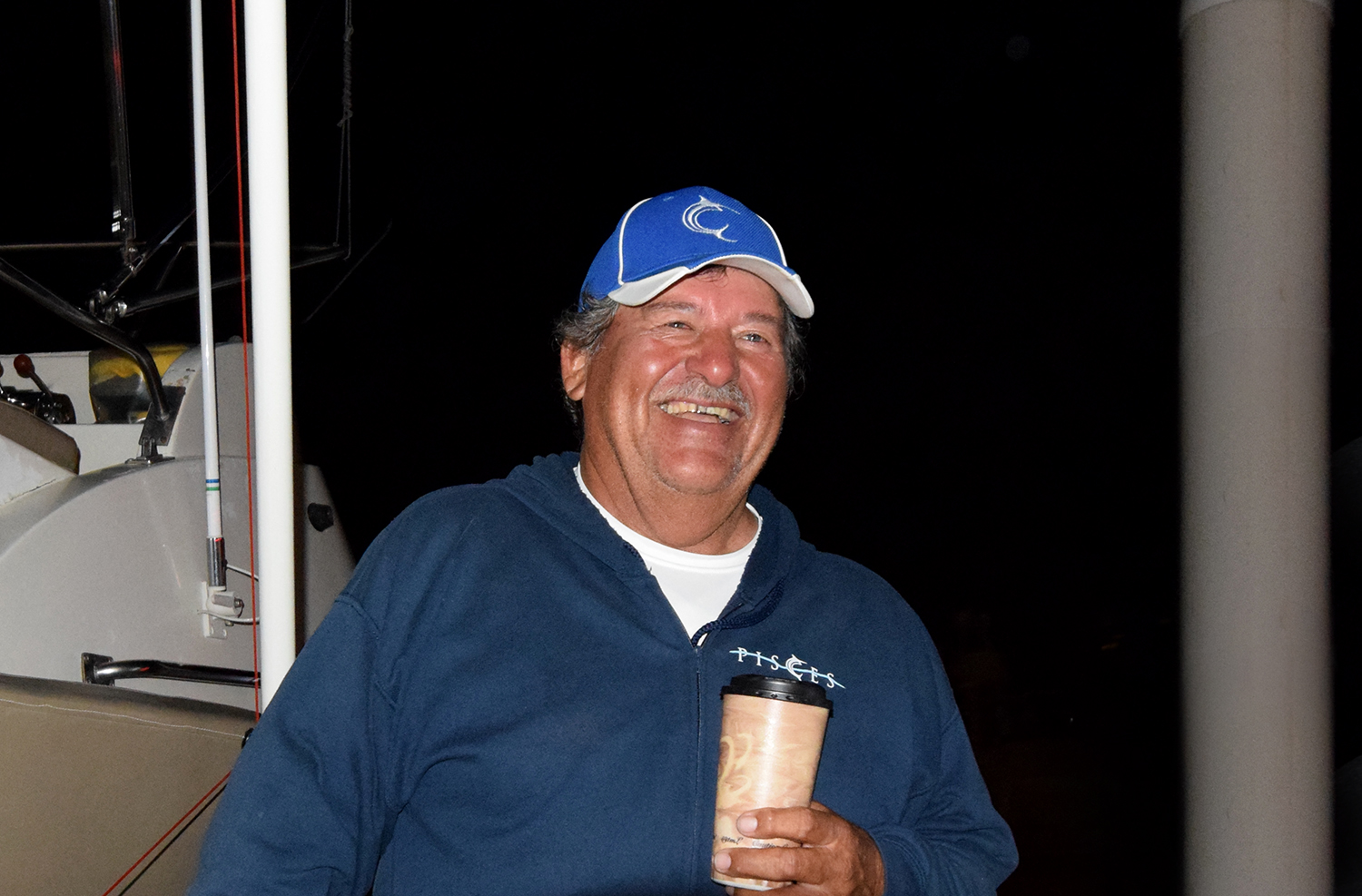 Captain Rey Winker has been with Pisces Sportfishing since 1985 and is our longest established Captain in the Fleet.

He has caught every single fish prized by big game sport fishing enthusiasts around the world. Including of course his 800 lbs Black Marlin that was caught on opening day of the Bisbees Black and Blue Tournament, but of course, as luck would have it, the anglers aboard had not entered in the tournament. Turned out to be that this fish was the biggest we had seen in Cabo for years and would have won the million dollar jackpot offered. He has also caught  Striped Marlin, Blue marlin, Black marlin, Swordfish, Sailfish, but he will say his favorite to catch is the dorado. His biggest caught to date is a 60 pounder. Biggest Tuna caught aboard was of 300 lbs a few years ago.

His expertise has of course kept him in the fishing world for this amount of time, but more than that, it is his love for the ocean and his kind nature. He is easygoing and humble, and even with all his years, he is always open to try and learn something new when it comes to fishing. Fishing is in his blood, the Winkler family are legendary in the Cabo area, with his brother, Nicolas Winkler Captaining our 28’ Adriana as well. Cousin Nayo Winkler is also with the fleet, Captaining 61’ Viking. 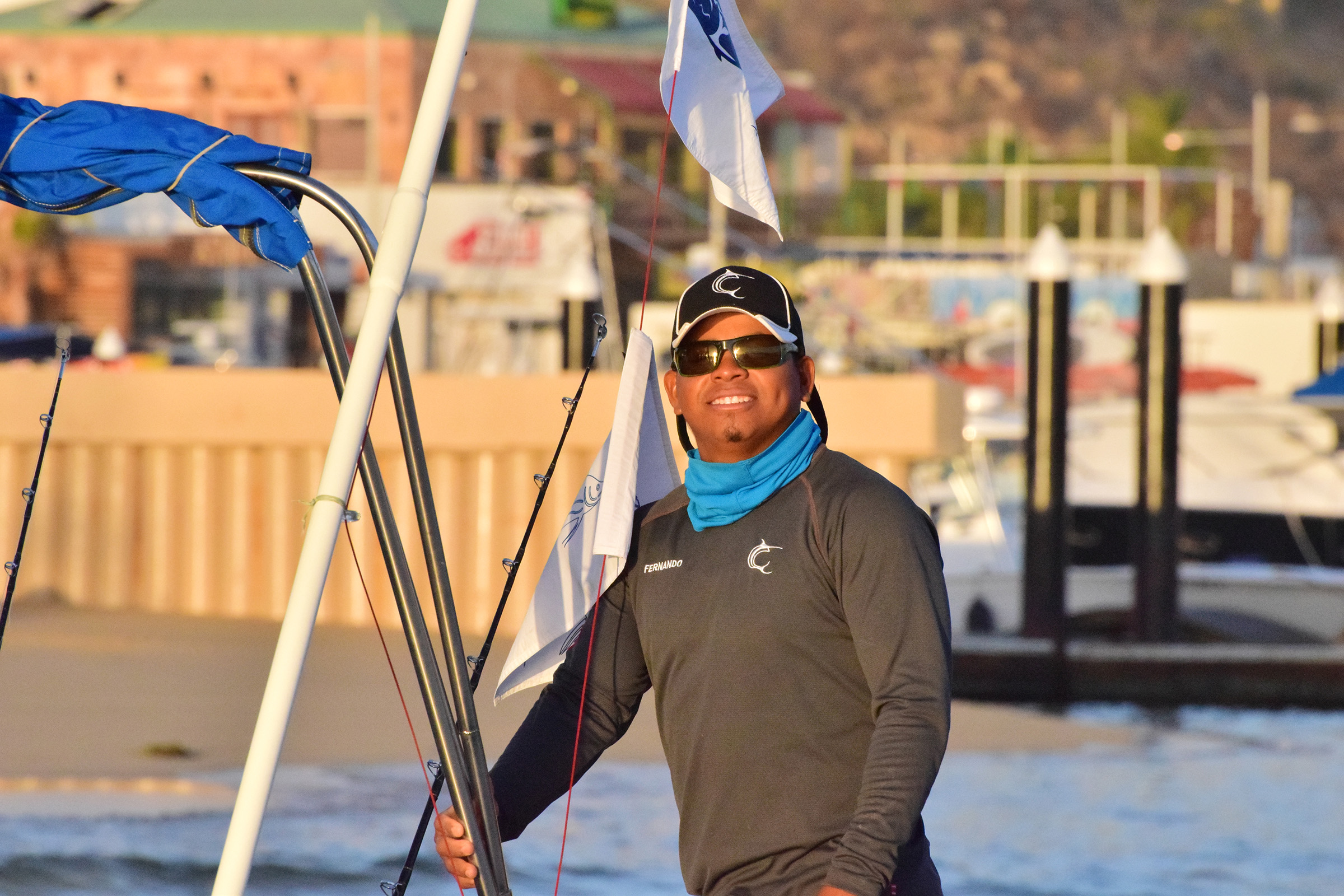 Captain Fernando Noyola is originally from Oaxaca, on the mainland of Mexico but moved to Cabo at an early age. He says he has been fishing since remembers and will “fish ‘till I die”. He has been with Pisces since 2005.

He is a lot of fun and a great fisherman speaking quite a bit of English, he loves to fish and surf in his spare time. Most notable catch lately was a huge 591 lbs. blue marlin, happening during the Bisbee's Black and Blue Tournament, 2013. Winner of Tuna Division, Los Cabos Billfish Tournament 2015.

*Crew aboard vessels may change in the event of day off, illness or vacation time. If you would like to guarantee your crew members, please mention when inquiring. 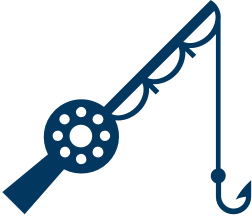 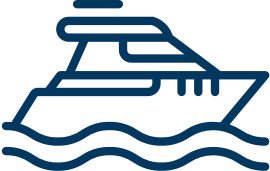 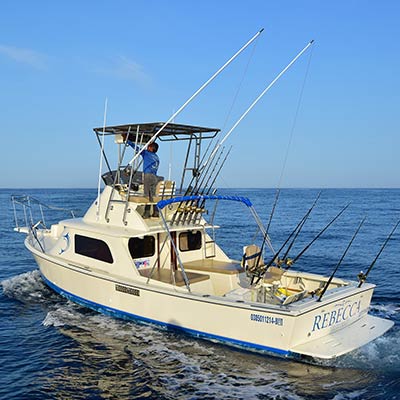 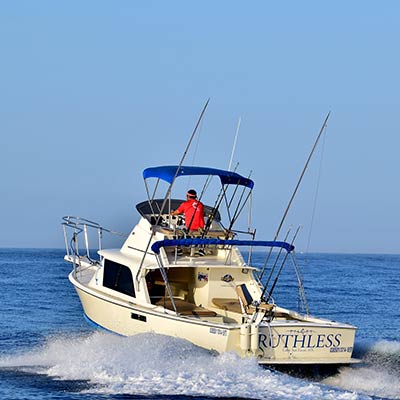 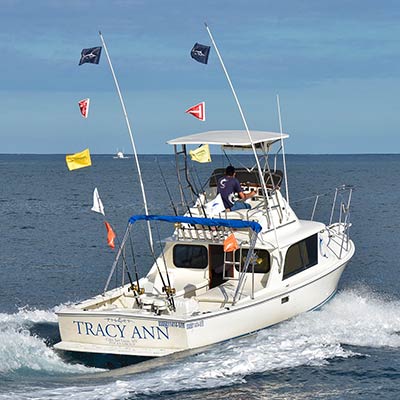 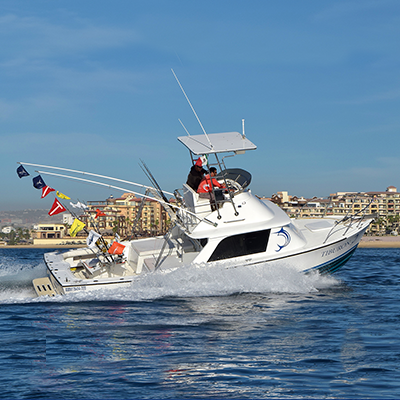 31
ft
Bertram
"
La Brisa
"
If you are interested to book this yacht or just want more information please leave us a message here
Thank you! Your submission has been received!
Oops! Something went wrong while submitting the form.